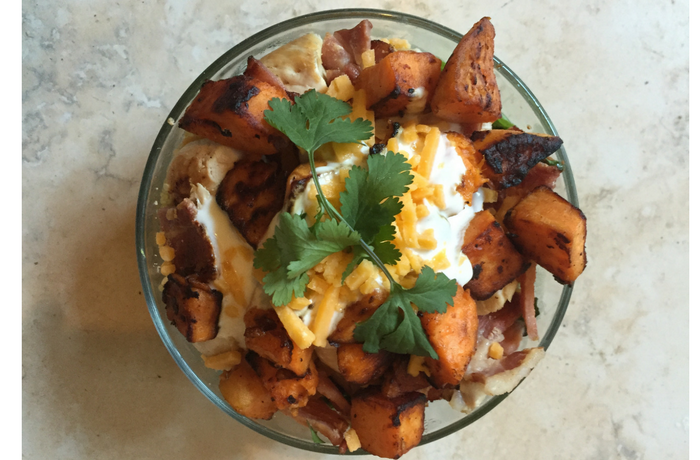 For the bacon: (optional)

For the sweet potatoes:

To assemble the salads: